At first glance, the technology seems impossibly complicated, something straight out of the 22nd century.

Operating with a computer-assisted visualization guide consisting of one high-def TV for Dr. Stefan Kreuzer and another for an associate who keeps watch over the software, a robotic arm gently directs the surgeon's hand as he chisels an ever-so-precise chunk from the tip of a patient's arthritis-damaged femur. Should Kreuzer wander off course the least little bit, the computer squawks irritably, then locks him down cold.

Properly calibrated — using something akin to GPS triangulation — the MAKO Tactile Guidance System has zero tolerance for even the tiniest degree of human error. And that means it makes partial knee-replacement surgery, a uniquely challenging procedure because of the complexity of the joint, an option for still-active middle-aged folks whohad been told to just suck it up and live with around-the-clock pain.

"The partials were so technically challenging," concedes the Swiss-born, American-trained Kreuzer, the MAKOplasty pioneer in the Houston area, "we'd usually say, 'Let's just do a total.' "

And total knee replacements, under the best of circumstances, are both far more invasive and far more limiting, making them less attractive for people who still enjoy strolling through their neighborhoods, getting in a round of golf or arranging a game of doubles down at the courts.

The human eye is just so good, the hand only so steady. The guesswork in old-style partial knee replacements made them prone to fail — often inside of five years — and the ensuing total replacement became much more dicey because of the bone-mass loss resulting from the initial surgery. Doctors were reluctant to expose their patients to such a double whammy.

The MAKOplasty partial replacements are expected to have a lifespan in excess of 10 years, although because the first surgery using the system was done less than two years ago, nobody can yet predict for certain. However, what can be said is that, based on short-term feedback, the results have been spectacular.

Johnny Pizzo, a 68-year-old retired cabinet maker with "a worn-out knee," underwent the knife at Foundation Surgical Hospital Feb. 8. Today, he says, "I'm doing great," and that's despite his having recently wrenched it when he took a tumble in his backyard. Come June, he'll tour Greece with his wife.

"I just wanted to walk normally again," Pizzo said. "I really wanted to take that trip, but I knew I had to be able to keep up with the other people."

Jerry Harris, a 65-year-old who owns a leasing company and was once an avid runner, had gotten to where he could barely hobble from his bedroom to the front door.

"I'm an active person, not a couch potato," Harris said. "Like most men, I tried to force myself to take (the pain), but something had to be done. Some of my friends had had full replacements, but this offered the option of staying a lot more active."

When Harris entered the operating room Halloween morning, he observed, "This looks like the Spaceship Enterprise. That's the last thing I remember (before the anesthesia kicked in)."

About 1:30 the same afternoon, a therapist awakened him, saying: "Mr. Harris, it's time for your walk down the hall."
Harris laughs.

"I told her, 'My what?' But I walked down that hall without crutches or even a cane. I spent the night here, walked out of the hospital the next afternoon. The next day after that, I took my dogs out for an hour."

Harris' lone concession has been to give up jogging, explaining that he'd prefer to prolong the life of his "new" knee for as long as possible. But he walks and rides an exercise bike regularly.

"I've told the world about it," he said.

As a former college tennis player, the 41-year-old Kreuzer is hypersensitive to his patients' desires to maintain healthy lifestyles. Having discovered the MAKOplasty system at a surgical convention, he was a fan from the get-go. He pitched it to three area hospitals, but Foundation Surgical, the upscale newcomer on the West Loop just south of the Southwest Freeway interchange, was the only one to bite. For the moment, it's the only facility in the region — and one of just eight in the country — to purchase the system, which requires an investment of about $1 million.

Dr. Henry Blum, the chairman of the governing board at Foundation and a staff surgeon, oversaw much due-diligence research at Kreuzer's behest and came away completely sold.

"We did a very thorough analysis – first clinical, then financial," said Blum, who performed the operation on Pizzo. "It made sense for us. It was a perfect fit – no pun intended – because orthopedics is our focus."

The MAKOplasty procedure is extremely efficient and cost-effective, save for the initial outlay. Patients are rarely hospitalized for more than 24 hours and many can do all of their rehab at home. Still, because Foundation is an out-of-network hospital, some insurance plans won't permit their policy-holders to go there.

But Kreuzer is negotiating personally with one large insurance company to find a solution and thinks the problem, which impacts about 10 percent of his patients, will be resolved as more MAKOplasty arms come on line.

Despite the apparent complexity of the procedure, Kreuzer insists "the learning curve for surgeons is really pretty short. We've got a number of general orthopedists doing it already."

He also believes the evolving MAKOplasty technology will be applicable for total knee replacements within three to four years. Nonetheless, partials will always be the preferred option, if they're an option.

"The more of your own anatomy you keep in place," Kreuzer said, "the better."
dale.robertson@chron.com 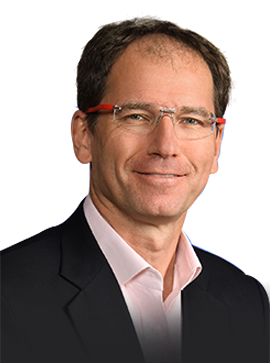